Basics of the Arda lore

Basics of the Arda lore

Here is some basic information and study sites about the Arda lore. If you know any more of the reliable ones, please tell them in the replies and I may update the original post. 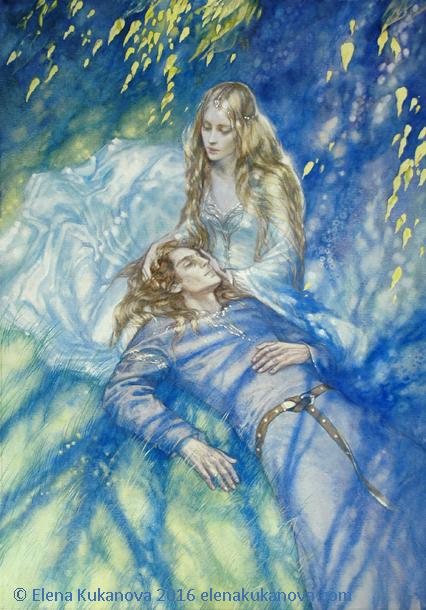 (Return by Elena Kukanova)
Arda is the world of The Silmarillion, The Hobbit and The Lord of the Rings and its author is J.R.R. Tolkien. He was known to draw influences from all the three mythologies presented in the Ancient Poetry forums and he passed them on to many other fantasy authors who were inspired and influenced by him.

If you want to dive even deeper into the details of lore then The History of Middle-earth series is for you, but notice that it also has abandoned versions of the legendarium.

The Elves of Tolkien call themselves with the name Quendi ("the speakers") and they're the firstborn race after the deities and spirits known as the Ainur. They can live indefinitely without visible ageing unless a violent death or overwhelming sorrow overtakes them. They can be resurrected, depending on what they did in life and whether it's their own choice. They are tall and attractive with leaf shaped ears.

They are divided in several cultures and languages. When the Valar (godlike spirits) asked the Elves to move into the continent of Aman from Middle-earth some Elves chose to stay in Middle-earth instead. Those are called the Avari and the Úmanyar (Sindar and Nandor). They speak the language and dialects of Sindarin.

Those clans who left for Aman were influenced by the lights of the Two Trees and were taught by the Valar so they became mighty and were called as the Calaquendi (High Elves). They are called as the Vanyar, Noldor and Teleri (or Falmari, to be specific). The Vanyar and Noldor speak the language and dialects of Quenya while Teleri have their own Telerin.

(Very) Long story short, some of the Elves were caught between the power struggles between the Valar and the first Dark Lord Morgoth who fell from grace, along with his servant Sauron. They did what they could while effectively shaping the fate of Arda in good and bad, most notably the Noldor.