Basics of the Norse mythology

Basics of the Norse mythology

Here is some basic information and study sites about the Norse mythology which is the most well known source of Elves in the Germanic mythology. If you know any more of the reliable ones, please tell them in the replies and I may update the original post. 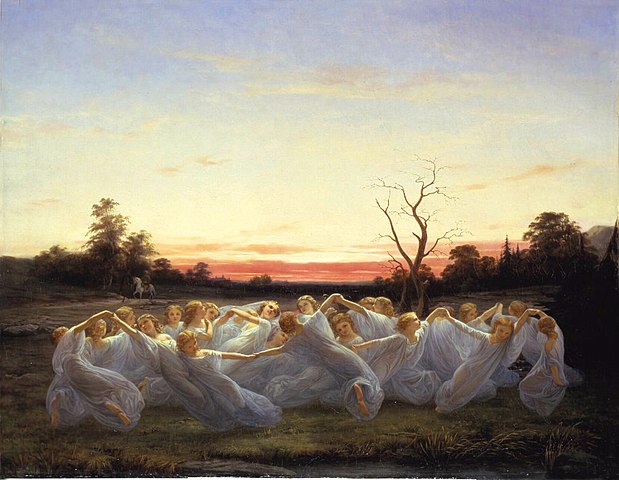 (Ängsälvor by Nils Blommér)
The beliefs of Norse mythology likely date back to 500 BC and earlier. Two essential books exist for it – the first one is Poetic Edda (a.k.a. Codex Regius) which author is unknown. The second is Prose Edda which was written by Snorri Sturluson.

Norse cosmology has nine worlds (or realms). Of these two are for the Elves, Álfheimr for the Ljósálfar (pron.) (Light Elves, sing. Ljósálfr) and Svartálfheimr for the Dökkálfar, (pron.) (Dark Elves, sing. Dökkálfr). The two types are very different in appearance, nature and the way of life. Dark Elves are also thought to be synonymous with Black Elves and Dwarves (Dvergar, sing. Dvergr).

Their relationship with Humans was quite ambivalent, meaning that they could either bring them to health or illness. They could also crossbreed with them and their offspring had an appearance of a Human but the intuition and magical powers of an Elf. A Human could also become an Elf in afterlife.

The Eddas in English in Wikisource: